This article was created from an Interview by Merrill Jensen with Neil Bell in the Summer of 2021 for our Pacific Plant People series.

Oregon horticulturists are experimenting with hardier plants that could be key to weathering the transition to a hotter and drier climate. Community Horticulturist Neil Bell is a professor of practice at Oregon State University (OSU) in Corvallis, Oregon. He also oversees the Master Gardener Program in Marion and Polk counties where his team of volunteers assist homeowners with their garden problems. Together, they field over 4,000 inquiries annually. 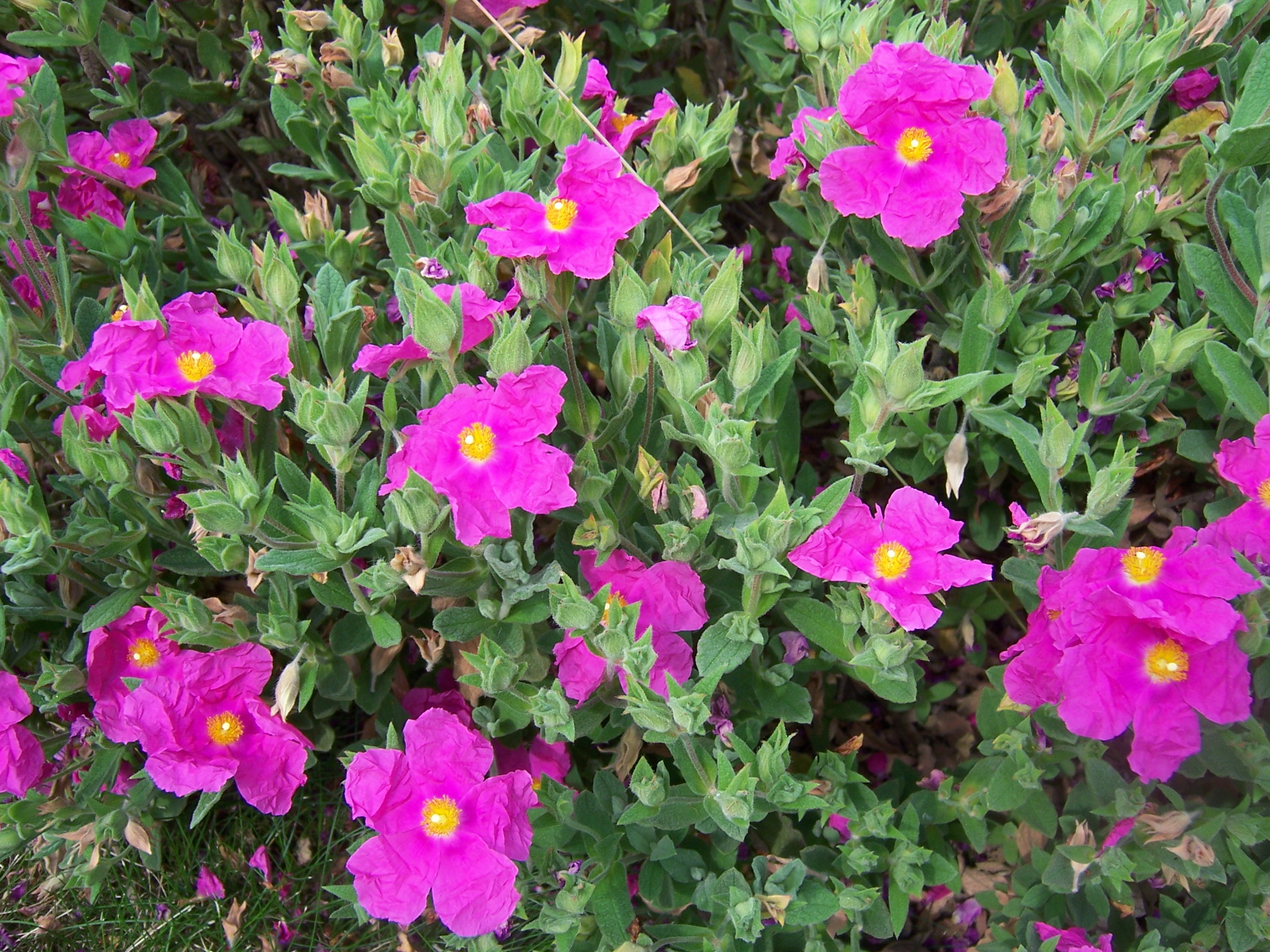 Graduate work brought Neil from the University of British Columbia to OSU, where he now specializes in evaluation of broadleaf evergreen shrubs for unirrigated landscape applications in western Oregon. He evaluates plants for hardiness, growth habit, and flowering. He uses the results to design low-input landscapes for year-round interest. These trials have featured wild lilac (Ceanothus), rockrose (Cistus and Halimium), hebe (Hebe), spider flowers (Grevillea), and manzanita (Arctostaphylos).

Corvallis sits in the Willamette Valley, a 150-mile-long valley in western Oregon. The Willamette River flows to the north the entire length of the valley and is surrounded by mountains on three sides—the Cascades, the Coast Range, and the Calapooya Mountains. Prior to colonization, the Kalapuya used fire to cultivate the valley’s grasslands and oak savannas. In the early 1800s, the valley’s fertile, alluvial soils and relatively flat topography attracted settlers of European origin after being touted as the land of “milk and honey.”

Today, highly diversified agriculture (over 170 crops and livestock) takes advantage of the rich soils, the proximity to transportation hubs, and the long growing season combined with a mild climate to great success. The Willamette Valley is also synonymous with Oregon Wine Country, where more than 500 wineries cultivate mostly pinot noir grapes on over 19,000 acres across different soil types to produce world-class vintages. 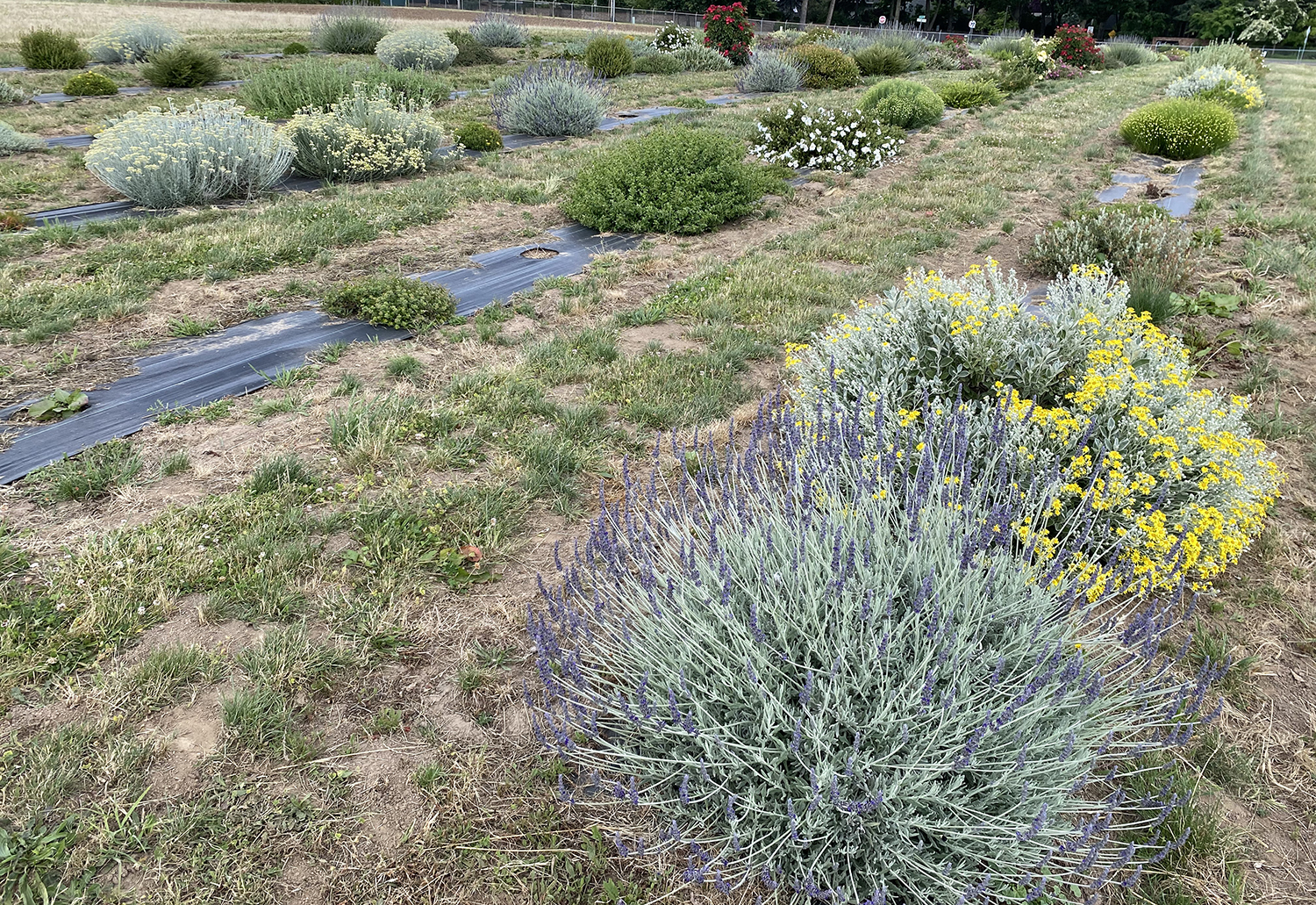 The Willamette Valley’s climate is classified as mediterranean, but compared to the true Mediterranean climate, it is cooler and wetter with a longer winter rainy season. Winter weather is generally cloudy and wet with frequent fog. Annual rainfall comes almost exclusively in the winter and ranges from 36 inches in the north to 46 inches in the south. Temperatures are mild and snowstorms are infrequent. Summers are warm and sunny with low humidity and infrequent rain events; however, this has been rapidly changing over the last 20 years. Summers have progressively gotten warmer—especially since 2015. The summer of 2021 experienced two extended heat waves that spiked the number of record hot days. Temperatures peaked at 115°F (46°C), hot even by Desert Southwest standards.

Future forecast models predict that the Willamette Valley’s climate may someday be the same as what Sacramento currently experiences. Models foreshadow warmer, drier summer weather, which will change the landscape and plant palette in the not-too-distant future. As of February 2022, the Willamette Valley is experiencing moderate drought and is between 50 percent and 70 percent of normal annual precipitation. Mosses that drape the forests are dry and brittle from extended periods of time between rains. Landscapes that have been planted in the last 20 to 30 years are reaching maturity and many of the trees and shrubs that had been selected now need supplemental summer irrigation to maintain a healthy landscape. Many of these plantings now show signs of heat and drought stress. Irrigation water is getting more costly and was not part of many commercial plantings, which is leading to increased plant mortality.

Neil and his collaborators are looking toward a future with restricted water availability. Below are just a sampling of his recommendations to help homeowners deal with a warming climate.

Blue Jeans wild lilac (Ceanothus ‘Blue Jeans’). This large, early-blooming cultivar is both hardy and a magnet for pollinators.

Royal grevillea (Grevillea victoriae). This winter-blooming species offers a long bloom period for a hardy shrub. It attracts both hummingbirds and bumblebees when in bloom from December to April.

Sentinel manzanita (Arctostaphylos ‘Sentinel’). This is a standout with its winter-blooming habit. It can start blooming as early as December with pink, urn-shaped flowers which continue well into January. The flowers are followed by small, russet fruits which are consumed by birds. This winter-blooming habit provides food for native bees and hummingbirds when there is not much else in flower. Its bark is a rich, polished dark mahogany brown that gets better with age. It does grow to be rather large—seven feet by seven feet. ‘Sentinel’ is adaptable to many soil types and needs little to no supplemental water once established.

Anchor Bay bearberry manzanita (Arctostaphylos uva-ursi ‘Anchor Bay’). This selection of the well-known kinnikinnick has proved to be much more drought resistant than the often planted cultivar ‘Massachusetts’. ‘Anchor Bay’ was found growing on the Central California coast which naturally imparts a much higher resistance to drought than ‘Massachusetts’, a selection from New England populations of bearberry manzanita growing in a cooler and wetter summer climate. ‘Anchor Bay’ makes an excellent low maintenance ground cover once established. Growth ranges from 6–12 inches tall with a spread of three to six feet.

Minorcan cotton lavender (Santolina magonica). This selection is not as messy as other species of cotton lavender (S. chamaecyparissus), reducing the need to prune in spring. It grows in a rounded habit with silver foliage. 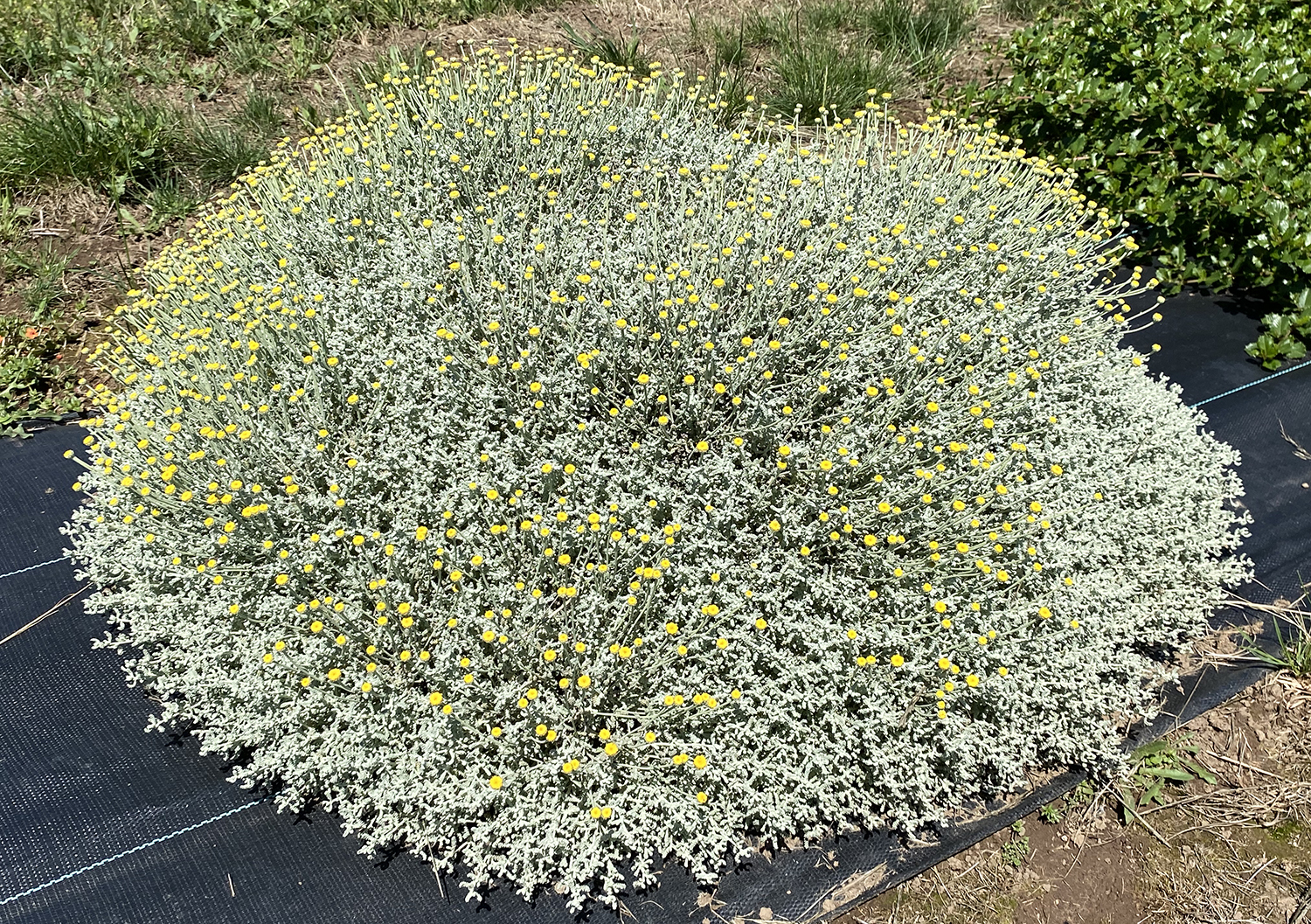 These are genera of woody, evergreen shrubs that are grown for their showy summer flowers. Neil’s evaluation program included over 95 species and cultivars; therefore, this summary does not cite specific plants. Rockroses are native to the Mediterranean Basin and are a perfect fit for the Willamette Valley’s summer-dry climate. They are currently not widely planted; these plants have gotten a bad reputation as being short-lived and not hardy. This is possibly due to a limited number of cultivars available and homeowners having planted them in a location with regular irrigation which decreases their longevity. As true Mediterranean plants, they can survive quite nicely with little summer irrigation once established and fit well into the unirrigated landscape. They pair nicely with other plants which require little to no summer irrigation such as wild lilac (Ceanothus spp.), manzanita (Arctostaphylos spp.), flowering currant (Ribes sanguineum), and Jerusalem sage (Phlomis spp.). This evaluation spanned 2004 through 2009, and as a result, more cultivars that proved to be desirable were chosen by the nursery industry for production, although they are still mostly absent in the cultivated landscape. The criteria that were used to rank the plants included cold hardiness, plant form, foliage, flowers, and size at maturity.

Neil’s current evaluation project examines broadleaf evergreen ground covers. The trial beds planted in 2019 will wrap up at the end of the 2022 growing season. His unending enthusiasm for plant evaluations has given homeowners, landscape professionals, and the nursery industry valuable information for hardy plant material for a warmer, drier western Oregon.