Steve Cordera  has a background in fine art and has worked as a scenic artist for various theaters including Seattle Opera and Tacoma Actors Guild; he’s also worked in film and on the Emmy winning TV show Northern Exposure. After traveling extensively throughout Asia, Steve lived in New York for several years where he witnessed the completion of the first phase of the Highline Park, which he credits with reigniting his interest in gardening. 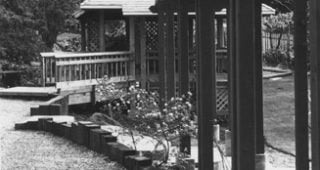