Gardens Then and Now: A Centennial Celebration of Historic and Contemporary San Diego Gardens 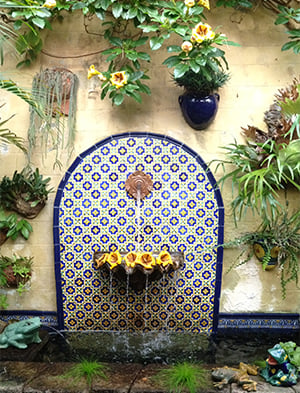 The Saturday April 11th Spring Garden Tour commemorates the Centennial of the 1915 Panama-California Exposition in Balboa Park.  In honor of the Centennial, the tour features private gardens in several lovely historical neighborhoods surrounding Balboa Park – South Park, Marston Hills, Mission Hills and Bankers Hill.  Many of the gardens are in historic homes and a few have gardens originally designed by famous San Diego landscapers.

The 1915 Panama Exposition helped to transform the landscape of San Diego.  In the years following the Exposition, San Diego neighborhoods adopted many of the building styles, plants and landscaping that the Exposition had created in Balboa Park.  The homes on our Spring Garden Tour honor this legacy while illustrating ways in which gardens have adapted to new plant options, new philosophies of garden design and new lifestyles in the last 100 years.