The one-half-block roof upon the “M” Financial building in Portland’s Pearl District features an ever-changing display of colorful plants and texture visible from the surrounding high-rise condominiums and office towers. In designing the rooftop planting my general idea was to create a visually appealing landscape combining the visual benefits and low water needs of native plants with just enough additional moisture to maintain summer growth of some dramatic succulent species from the southwest.

Structural foam was used to elevate the planting areas out of low spots in the “flat” roof and gentle ridges of growing media—from 11 to 13 inches deep—radiate from just off-center to create a subtle sunburst pattern. Overly-hyped mat drainage products were forgone for a drainage system comprised of crushed scoria paths and perforated PVC pipe that channel water toward drains during winter storms.

In the deeper soil, Yucca rostrata and Y. schottii form symmetrical lines. Their dramatic rosette shapes are enough to create needed architecture but grassy enough to soften and add movement. Large deep green clumps of Opuntia humifusa add structure as well as cheery yellow flowers and red fruit visible from many floors above the planting. Baccharis pilularis ‘Creeping Green’, an 18-inch male selection from Oregon’s central coast, forms large masses and attracts all kinds of winter insects. Dorycnium hirsutum, a Mediterranean nitrogen-fixer, is a silvery evergreen pea with growth to about 18 inches in height. Its subtle pale pink flowers in spring are followed by chestnut seed pods the remainder of the year, offering a very nice color combination. The smaller plants are where the color is. December through February features Sedum oreganum and S. spathulifolium ‘Cape Blanco’ as reddish, green, and silvery splashes. Emerging through the carpet are natives of the Willamette Valley and Columbia Gorge such as lomatium and mimulus species known for their early flowers blooming in mauve and yellow respectively. Soon after come the early bulbs such as the tritelias and brodiaeas that cast a haze of blue into late spring. As summer progresses, the early perennials and bulbs fade, the grasses turn bronze, and silver foliage predominates. Penstemon pinifolius and P. centranthifolius begin blooming, and Zauschneria cana (syn. Epilobium cana) ‘Catalina’ begin adding intense orange from July onward into late autumn.

I very much appreciate the trust given me to use locally untraditional techniques and plants on one of the more expensive developments in the city. No pressure, really! Now, a few seasons later, the plantings have grown, converged, and even fought a little. But the mix of textures and patterns remain. Occasionally, I am invited for a cocktail in a condo overlooking the “M” Financial roof. Inevitably, I sidle to the balcony where I can quickly assess a particularly weedy or obvious brown spot on the project and a fix can happen before things get out of hand. With that—and the luxury of having most viewers many floors away—I think we can say the rooftop is a success.

Photo gallery of plants thriving on the “M” Financial roof

(click thumbnail to start the slides, then toggle between shots with onscreen arrows or your keyboard) 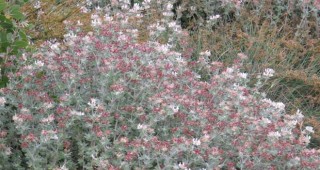 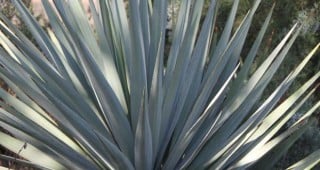 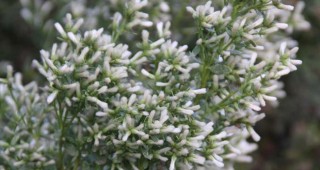 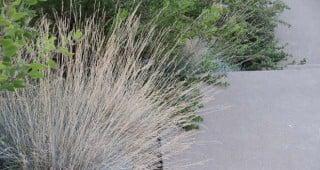 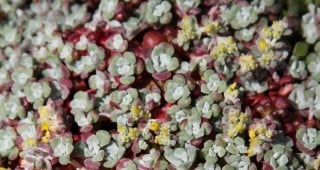 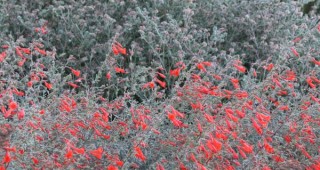